NEW DELHI: Bollywood superstar Aamir Khan held a special screening of his upcoming comedy-drama ‘Laal Singh Chaddha’ on Saturday (May 28). While the official trailer of the film will be unveiled by the makers on Sunday, on the IPL 2022 finale, the actor was spotted treating himself with some golgappas.

In a video shared by a paparazzo account on Instagram, Aamir was also seen posing for pictures, as he was surrounded by his fans in Juhu. As the video started, Aamir was seen smiling as he held golgappas in his hand. He nodded his head when a woman told him something. The actor then put the snack in his mouth and gestured to the vendor that it was good. The person offered Aamir another piece, which he smilingly accepted.

Aamir was dressed in a white t-shirt under a pink shirt, blue pants, and brown shoes. The actor also smiled and posed for pictures. In some of the photos, he hugged and posed with ‘Laal Singh Chaddha’ director Advait Chandan. 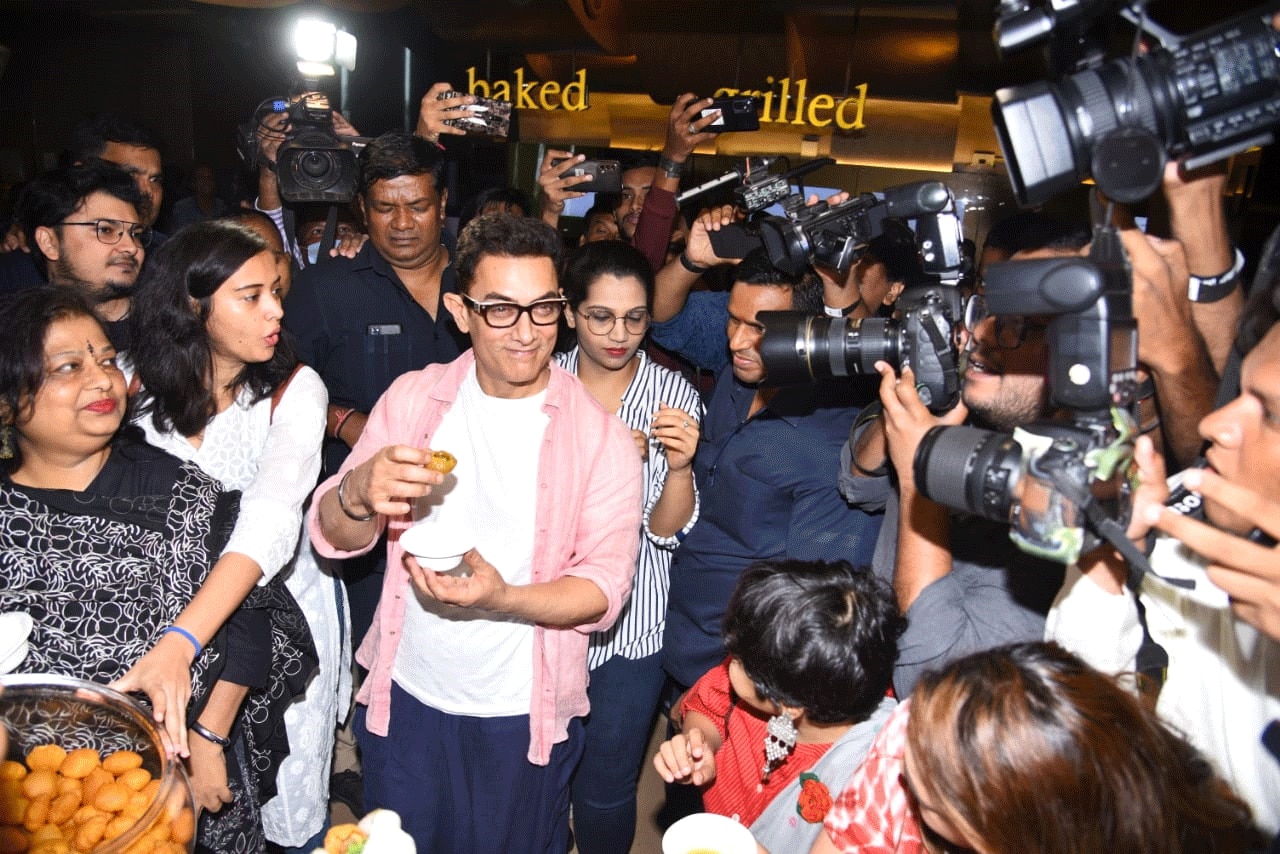 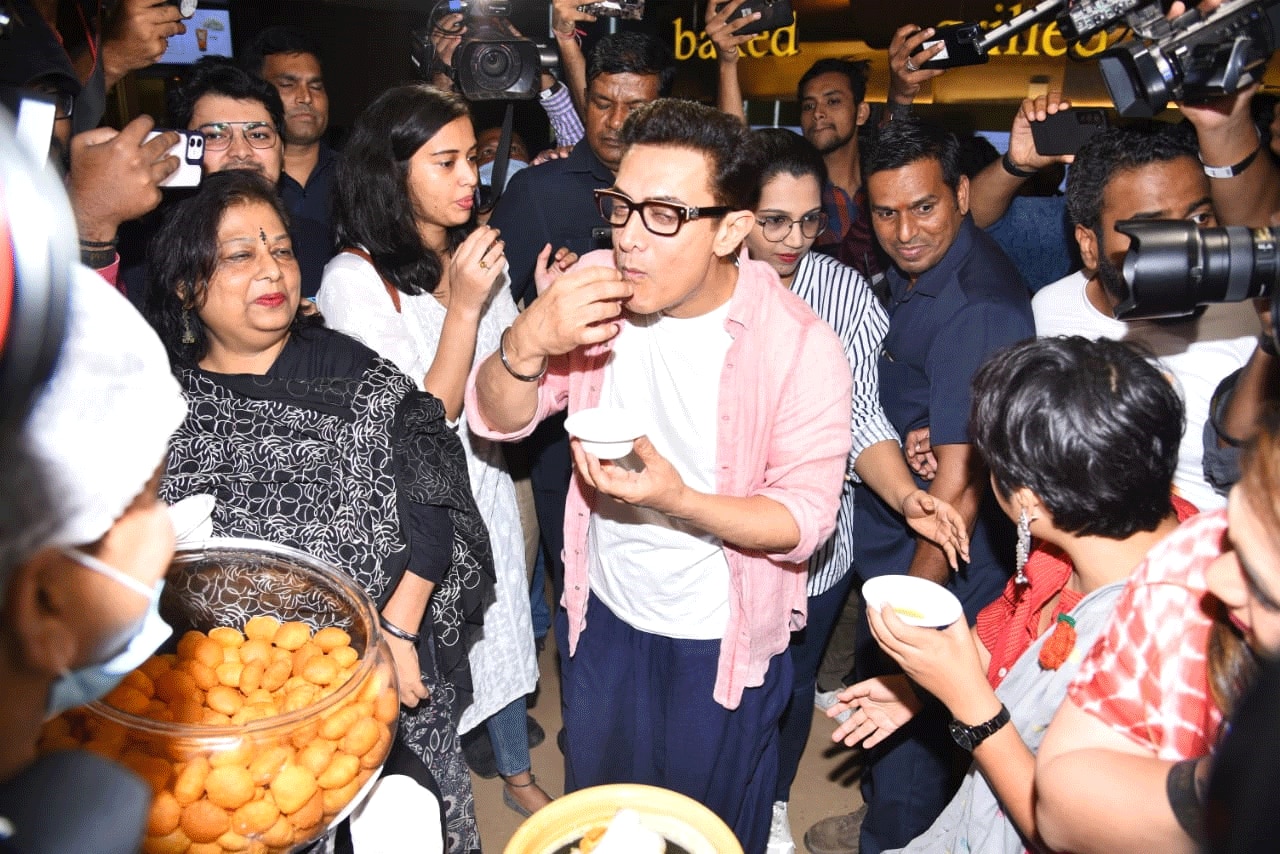 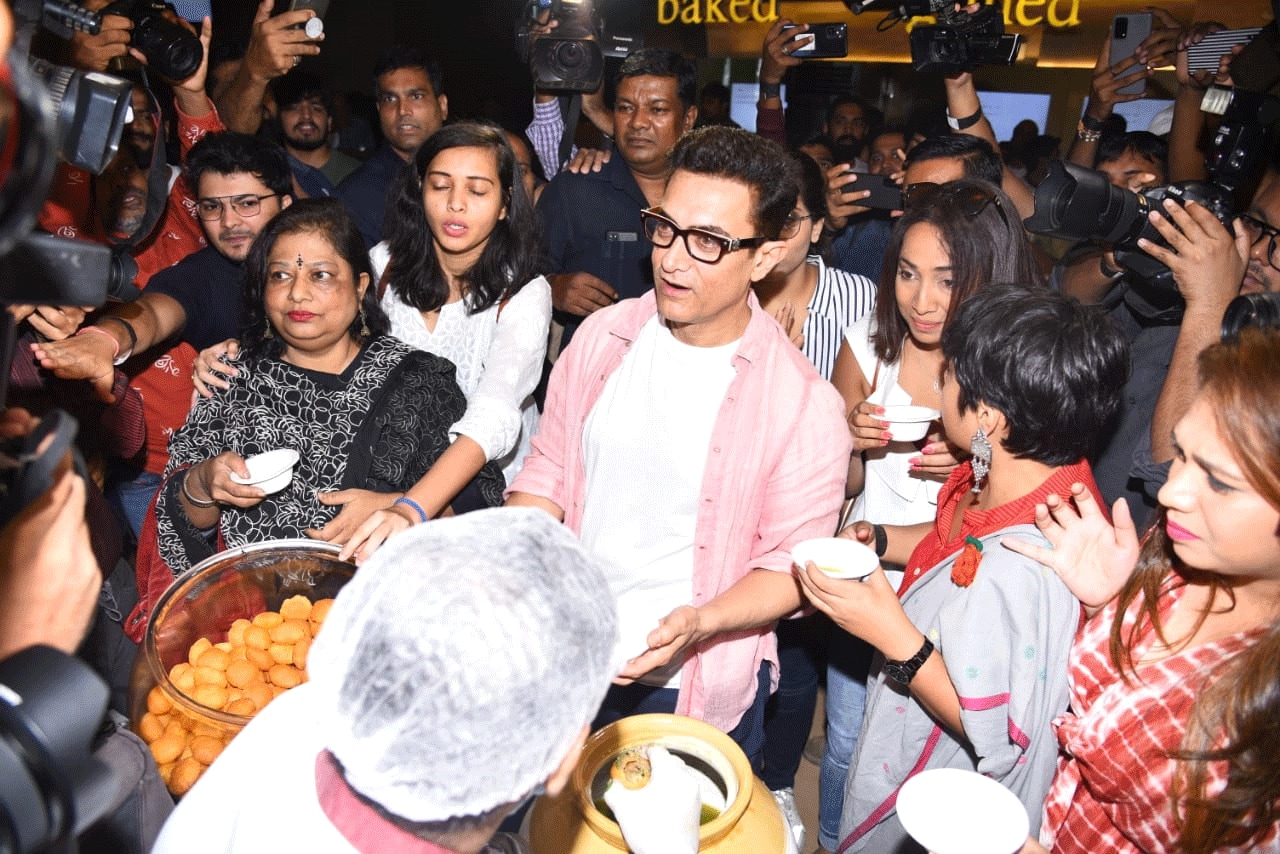 Aamir Khan has actively been promoting his film at cricket events. Meanwhile, sharing an update on the film’s trailer release, Aamir Khan wrote in an Instagram post, “Catch the Laal Singh Chaddha trailer live from the 1st innings, 2nd timeout of the T20 Finals tomorrow.”

This morning, he posted a video along with cricketers Irfan Pathan and Harbhajan Singh. He was just about to show them the trailer when co-star Kareena called. “Kareena Kapoor comes to #AamirKhan ‘s rescue! Now watch the trailer only on 29th May T20 finals 1st innings second time out,” read the caption on the post shared by Aamir Khan Productions’ Instagram page.

Speaking of the film, the comedy-drama also features Kareena Kapoor, Naga Chaitanya, and Mona Singh. The film is adapted from the Hollywood movie ‘Forrest Gump, which was released in 1994. ‘Laal Singh Chaddha’ will be released in theatres on August 11, 2022. The film marks Telugu star Naga Chaitanya’s Bollywood debut.