Both Hrithik’s sons have failed in front of Meenakshi Sheshadri’s son Josh, fans were blown away after seeing the dashing photos of ‘Damini’ ka ladla

Mumbai: Meenakshi Sheshadri was a famous actress of her time. Meenakshi has worked in some of the best films in the 90s, which people still like to watch. Meenakshi Sheshadri’s film ‘Damini’ was liked by the people and Meenakshi’s character in this film was such that people started calling her by the name ‘Damini’. Even today, Meenakshi is popular among people by this name. Meenakshi Sheshadri may not be active in films anymore, but people are still interested to know about her and her life. If you are also a fan of Meenakshi Seshadri, then we have brought for you the photo of her son Josh Mysore, which surely very few people must have seen.

Yes, Meenakshi Seshadri also has a son, whose name is Josh Mysore. Josh is very handsome and cool in appearance. In the photo that has surfaced this time, Josh Mysore can be seen wearing a white shirt with blue stripes and a blazer over it. Meenakshi Seshadri’s son Josh is smiling in this picture and his style looks no less than any Bollywood hero in the photo. Josh looks very dashing in the picture. Social media users are also giving reactions when Josh’s photo surfaced. 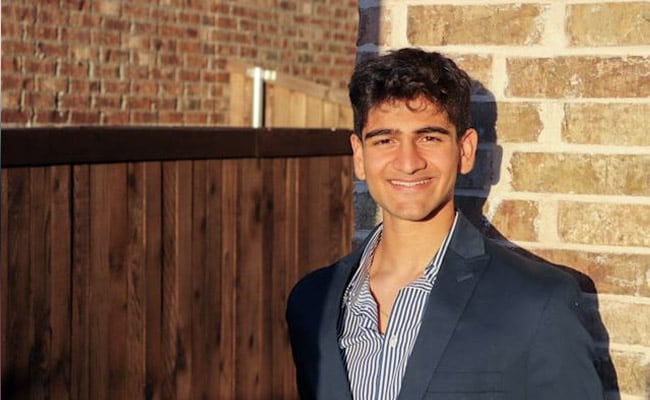 After seeing Meenakshi Seshadri’s son Josh Mysore, a social media user wrote, “He is more handsome than Hrithik Roshan’s sons”. So there another user writes, “Where were you till now”. Many such reactions have come from the photo. So how do you like Damini’s son Josh Mysore? Do let us know by commenting.

Are you bored? Watch these 5 best web series with family, a big change will come in life

Video: Disha Patani does deadlifts in black sports bra and flaunts her abs!